Raaf ree lees je mee? (‘Raven, roe, will you read with us?’) is a picture book for children between five and eight. It was published by Gottmer in 2011 and it’s about animals you can find in the Netherlands. It took me two years to write and illustrate it. I wrote the stories in summer, inspired by a goat farm in the east of the Netherlands, where we pitch our tent for seven weeks every year. My children Doesjka and Matthijs milk the goats when we’re there. The rest of the year we live in the city, but at the farm they’re surrounded by animals, which is lovely. If you wait long enough, hare and roe will show up eventually and moles will burrow under your tent. We spotted a pair of badgers just over the border in Germany. I found out a lot by asking around on the farm and poking around in the Naturalis national history museum, in the library and on the Internet.

I made the woodcuts for the book in winter, in my Amsterdam workshop. My workshop is on the fourth flour and it has an etching press that weighs a full 500 kilograms. That’s what I make my prints with. The window in my workshop has a view of the roofs of the old Western part of Amsterdam. I see pigeons and gulls there. Behind my house is a maple-tree that housed ten bright green ring-necked parakeets that winter, nine females and one male. They came from the Vondelpark to the gardens behind the apartment blocks, looking for food. The male’s favorite spot was in the treetops. Every day he gave my workshop furious looks as my book Raaf ree progressed, but I still couldn’t put him in it, because his name had too many letters. My book was meant for children just learning how to spell. The animal names next to the woodcut prints have big letters. The book only features animals with short names, because reading a word with one syllable is difficult enough for young children. Slightly older children can read the stories by themselves and learn more about the animals. 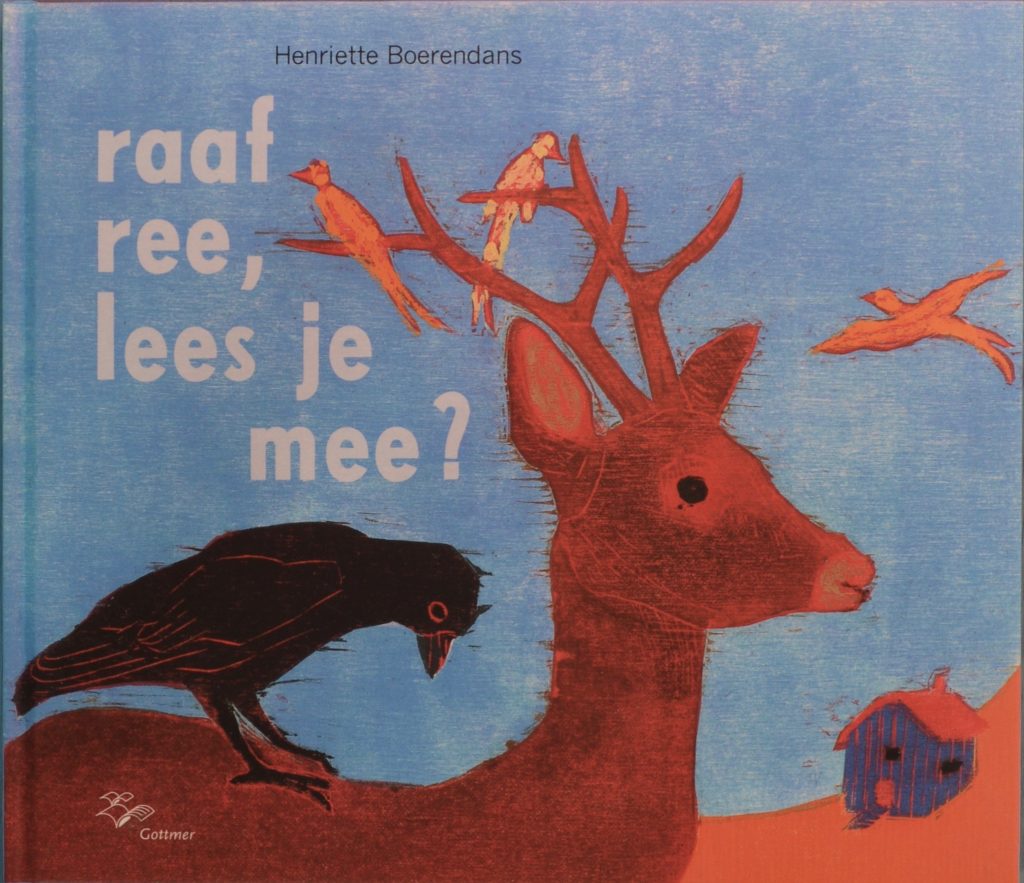 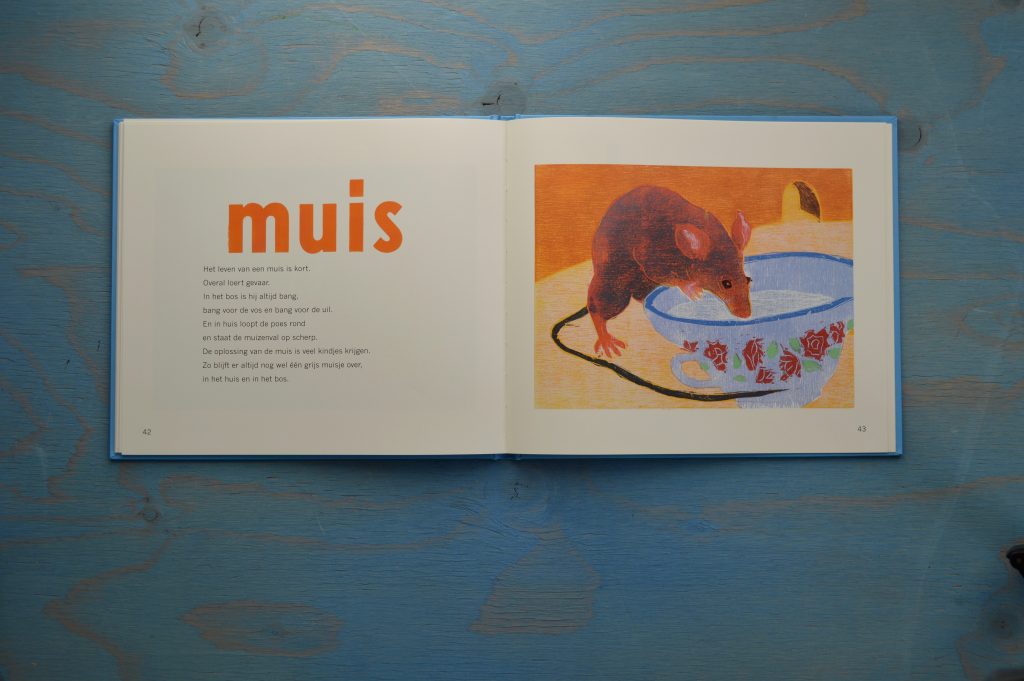 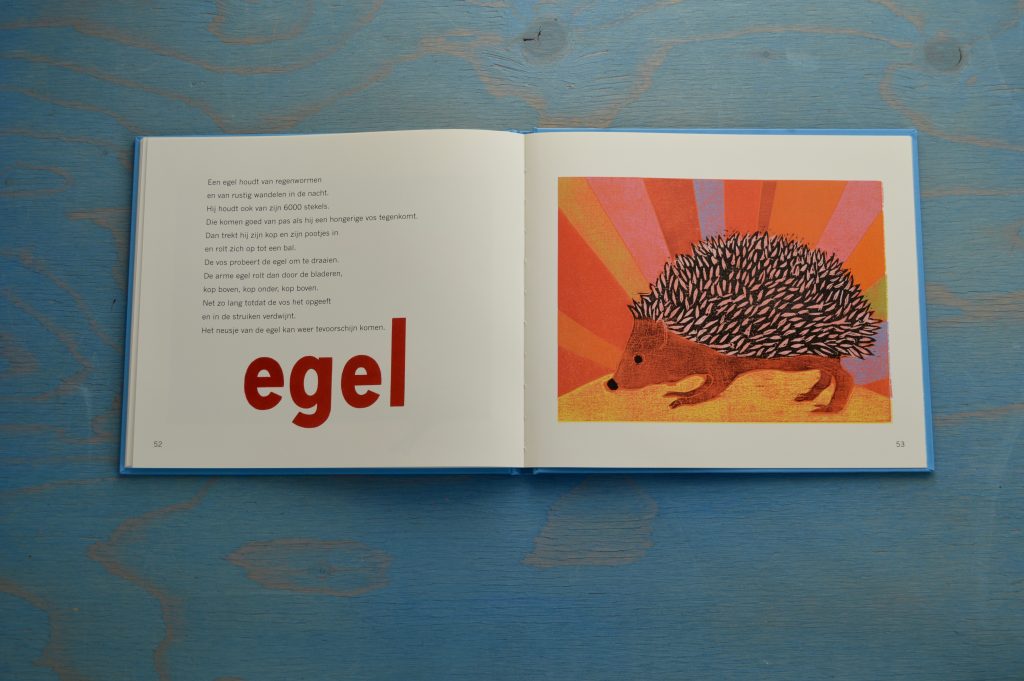 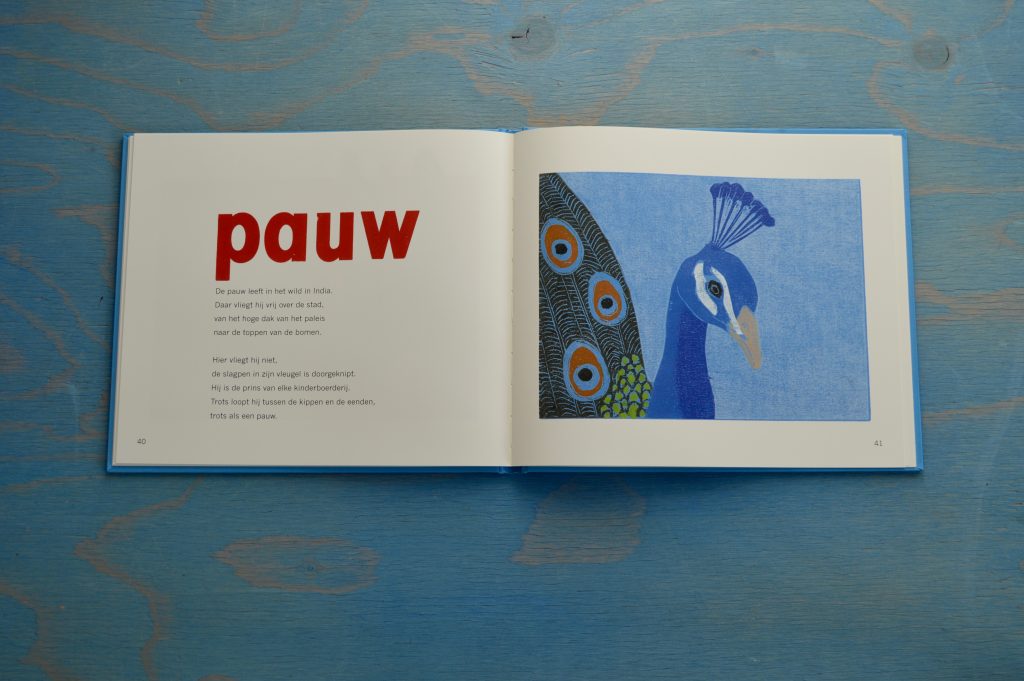 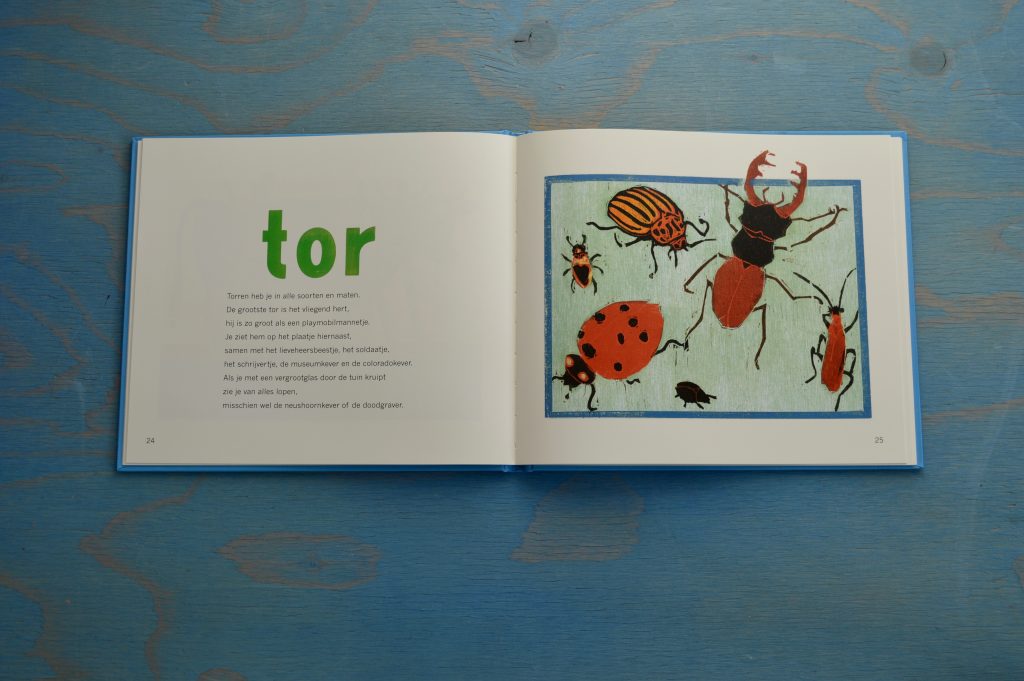 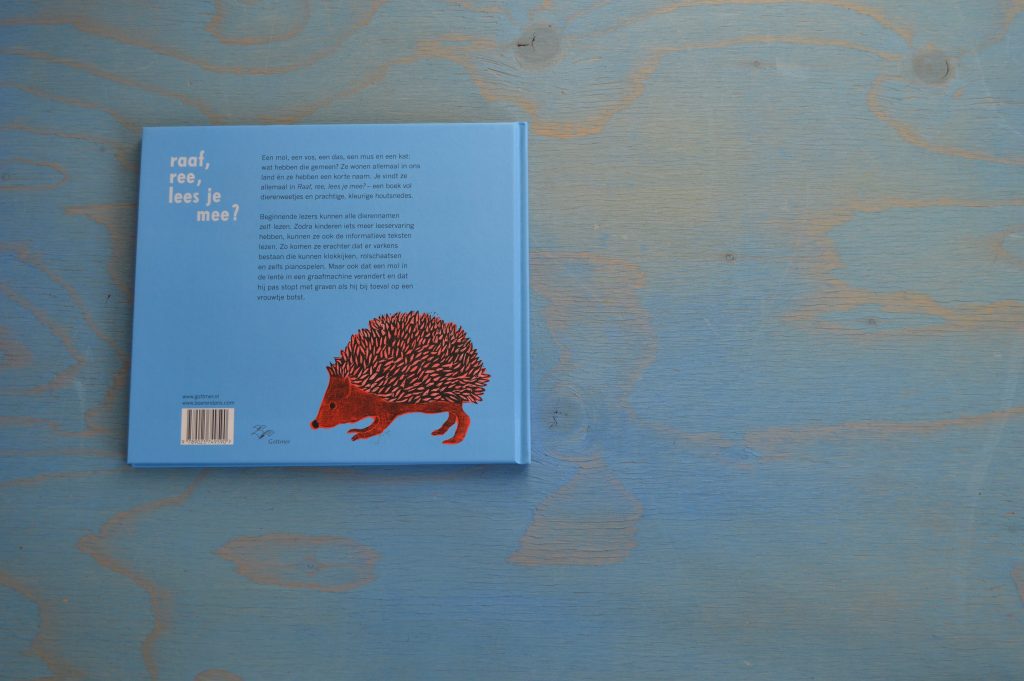