My third book was published by Gottmer in March 2013. It’s called Nul is een raar getal (‘Zero is a weird number’). It’s a numbers book for children between the ages of three and six. It teaches them to count by the number of offspring each animal has. An elephant, for example, has one baby, a polar bear two, a tiger five, and a swan lays six eggs.

The book has 13 woodcuts of animal mothers with their young, all accompanied by stories of how the mothers take care of them. There’s a large number on every page and children can count the number of footsteps the baby animals make.

IBBY Nederland, the Dutch branch of the International Board on Books for Young people, has put Nul is een raar getal on the IBBY Honour List 2014. This list is composed every two years as a selection of children’s books from all over the world. IBBY Nederland gets to nominate a writer, a translator and an illustrator. I was nominated as an illustrator. 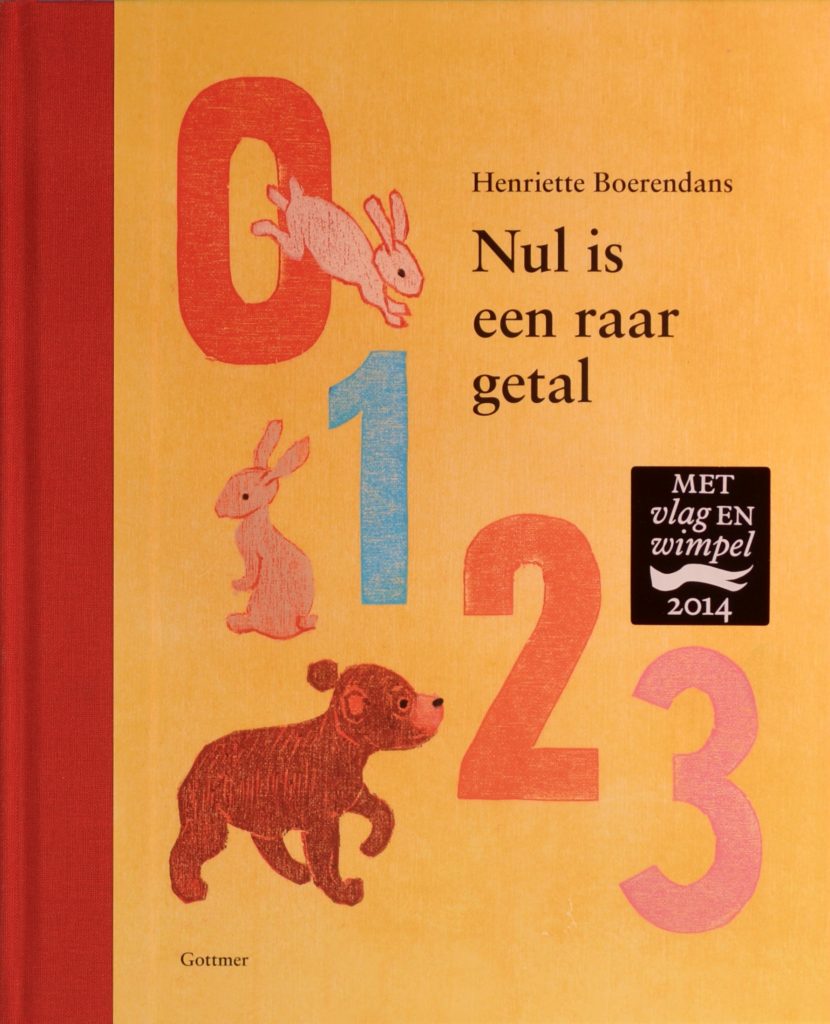 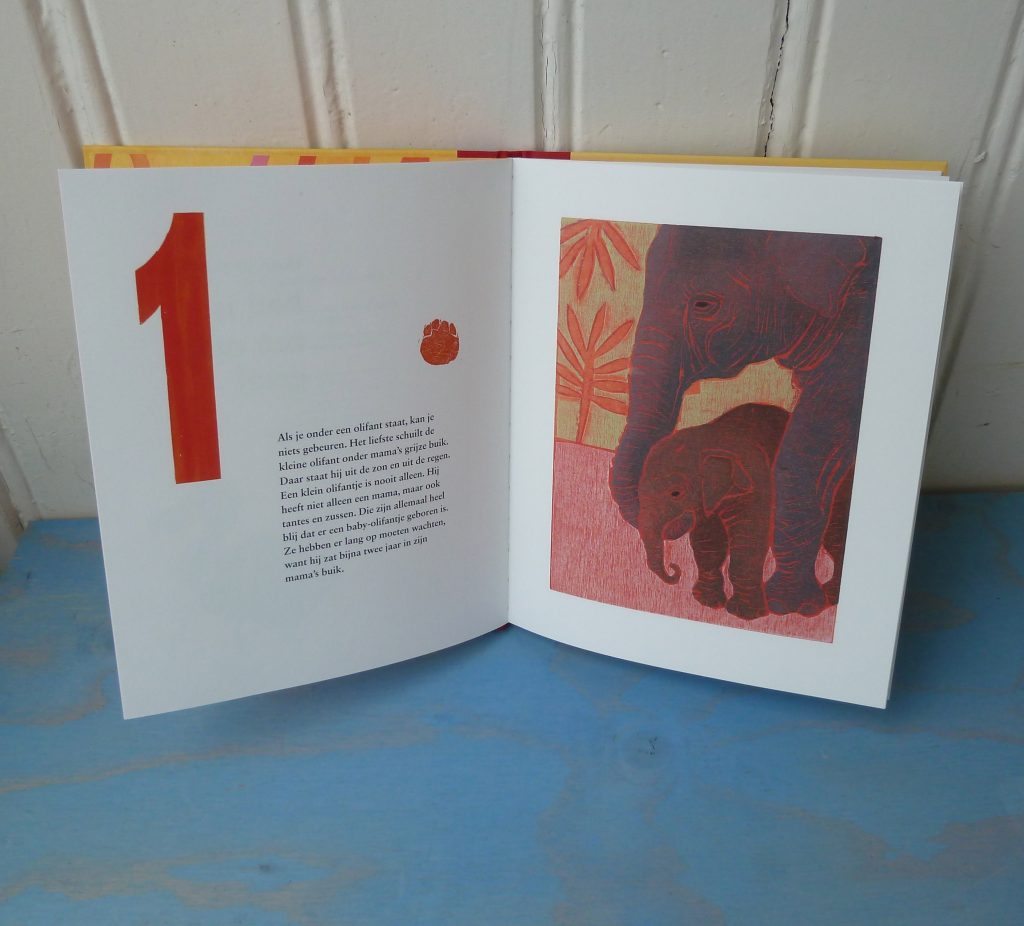 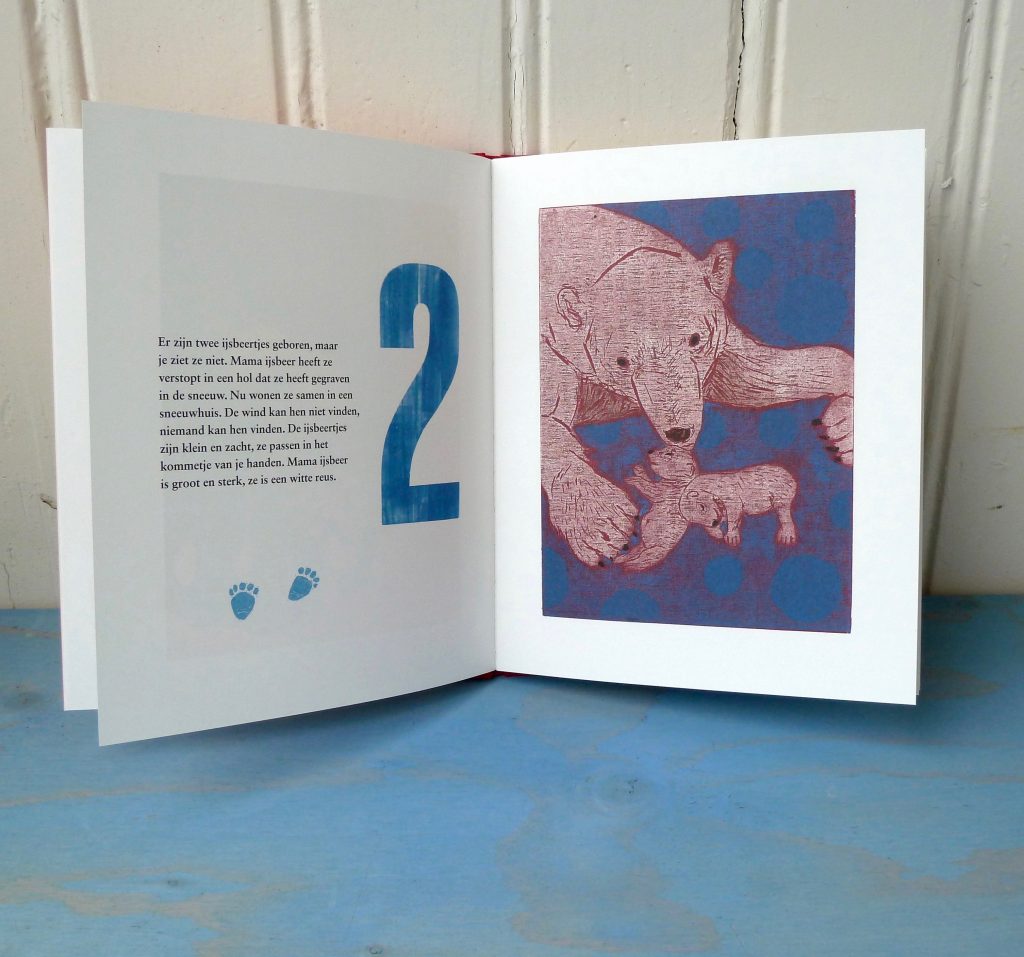 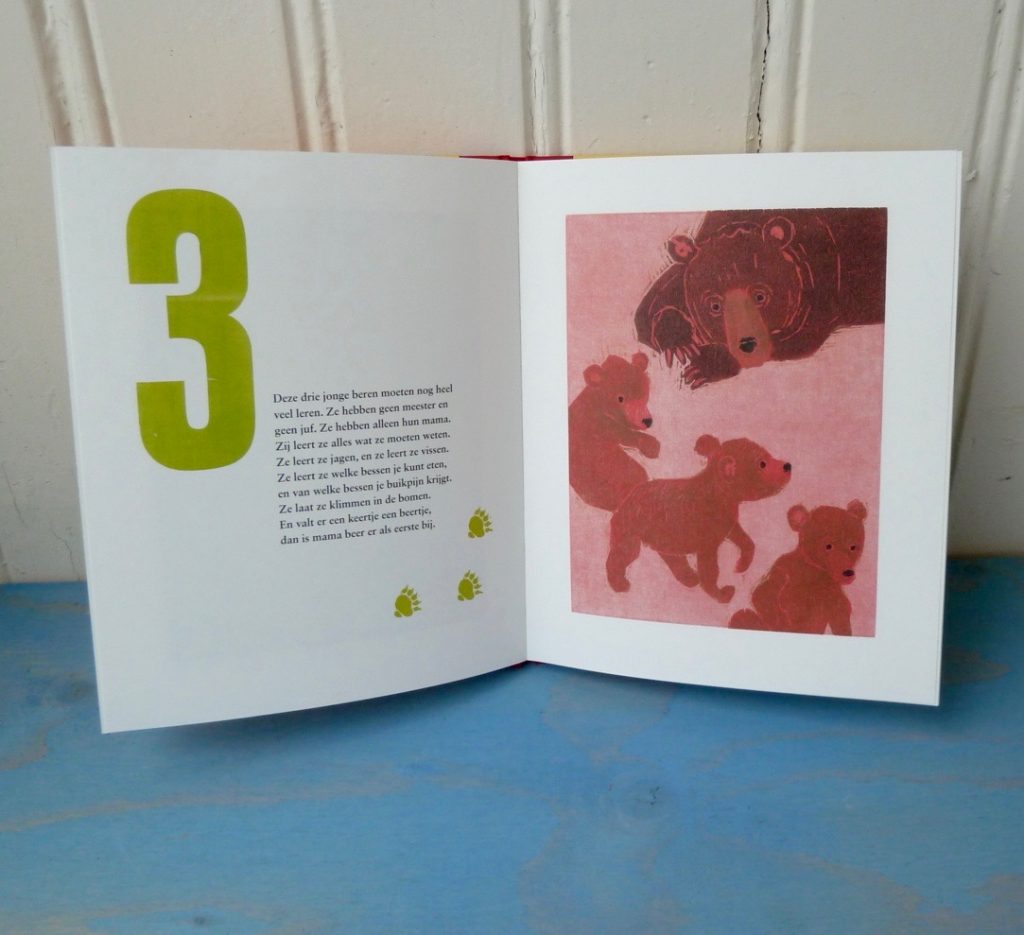 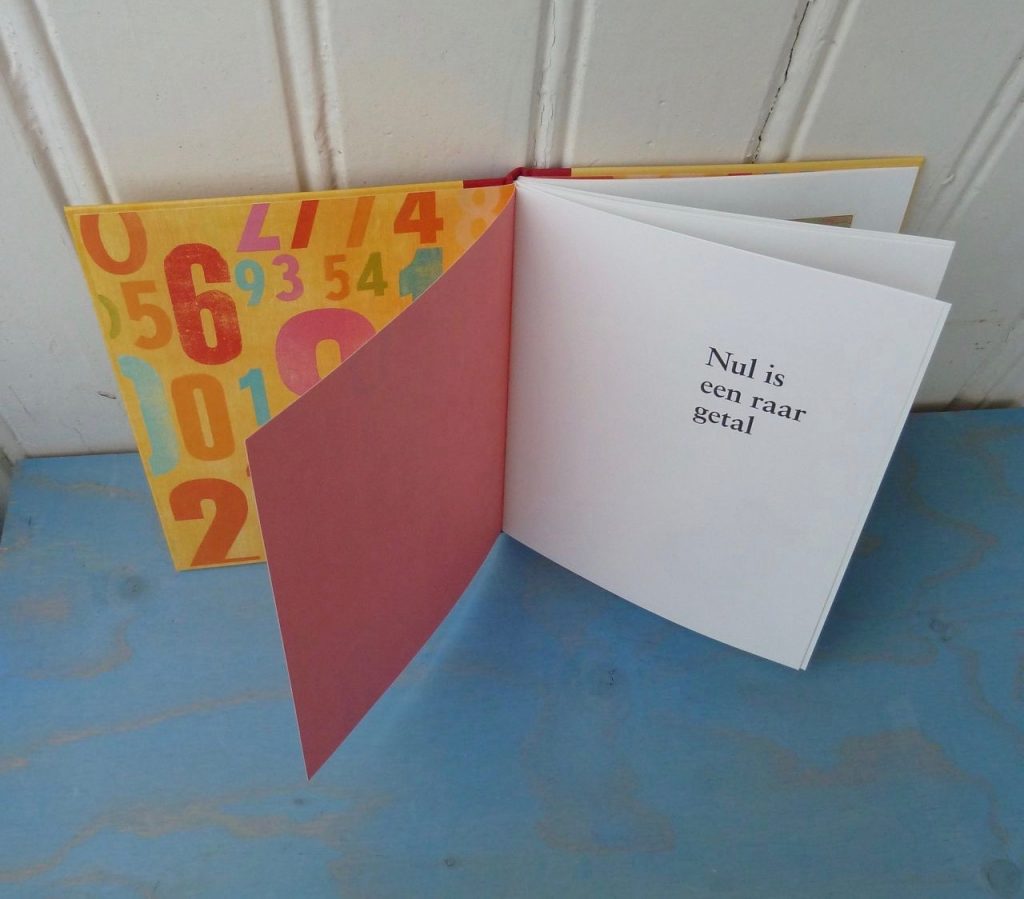